Team Endowed have had an amazing 2 years playing Hockey.

On Wednesday, four boys and four girls represented the Upper School in the East Kent Hockey Competition. The team finished top of their group, winning all 3 games without conceding a goal. After winning their quarter-final, they then lost their semi-final against an excellent team who went on to win the competition. Team Endowed picked themselves up and won the bronze medal in the play-off - a terrific achievement. Huge well done to all of the team.  Mr Wren

The Lower School team played brilliantly reaching the quarter finals before losing narrowly to the eventual winners Reculver. I was extremely proud of their achievement as for many it was the first time they had represented the school. Mr Hadlow 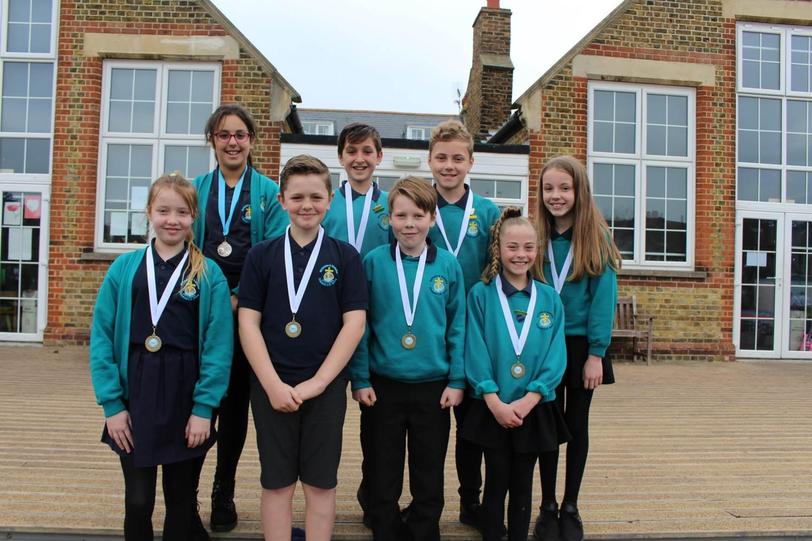 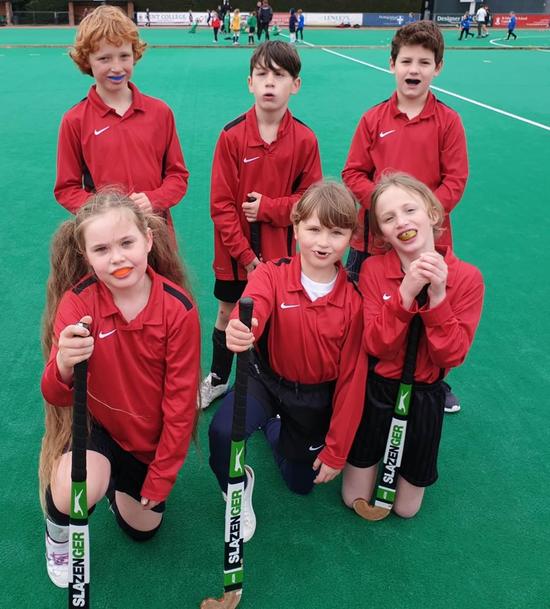 4 Year 6 girls and 4 Year 5 boys, all of which played their first hockey match on March 21st. They won the East Coastal Schools tournament without losing a game and qualified to the Kent Hockey County Finals in Rochester.

Yesterday at the final they beat 10 other teams to finish 3rd best team in the whole of Kent, losing only two games all day. They have been asked to play in the South of England Hockey Champions in two weeks time. Inspiring individuals who swapped inexperience for full-hearts. Thanks for the memories!

Huge Congratulations to our 'Endowed' Hockey Team who won the Quicksticks Hockey Tournament organised by the Sports Game Coastal Partnership. The children had been practising in their lunch times and were very excited to put their skills into play.

"On Wednesday a mixture of Y5/6 children travelled to Polo Farm in Canterbury for the Quicksticks Hockey Tournament. We won our first game against a very tough Herne Juniors team. Our second game however resulted in a draw against Hampton.

Having beaten Davington, we won our group. We then won our quarter-finals 5-0 against Herne Bay Juniors and semi-finals against St Mary's 3-0. In the final we faced Herne Juniors in a repeat of the first game. The team defended heroically and scored the break away goal to win the tournament. We now look forward to the county finals in Chatham in June."